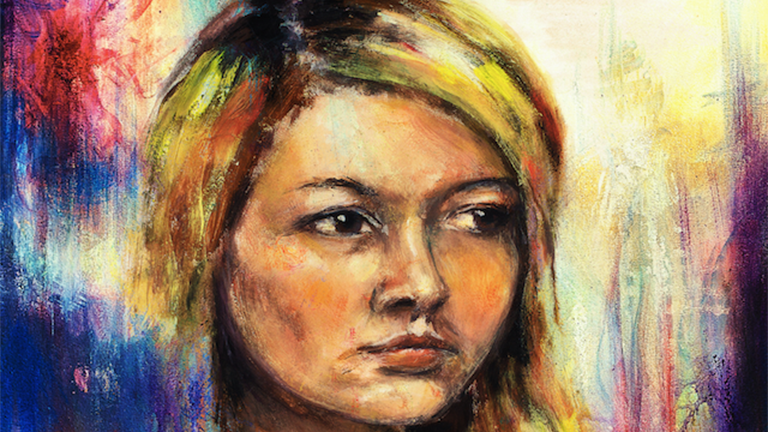 “What other people think of me is none of my business.”  Wayne Dyer

Do you ever worry about what people think about you?

Have you ever felt rejected and gotten defensive if someone criticized something you did?

Are there times where you hold back on doing something you know would benefit yourself and even others because you’re scared about how some people may react?

If so, consider yourself normal. The desire for connection and to fit in is one of the six basic human needs, according to the research of Tony Robbins and Cloe Madanes. Psychologically, to be rejected by “the tribe” represents a threat to your survival.

This begs the question: If wanting people’s approval is natural and healthy, is it always a good thing?

Imagine for a moment what life would be like if you didn’t care about other people’s opinions. Would you be self-centered and egotistical, or would you be set free to live a life fulfilling your true purpose without being held back by a fear of rejection?

For my entire life I’ve wrestled with caring about other people’s opinions.

I thought this made me selfless and considerate. While caring about the opinion of others helped me put myself into other people’s shoes, I discovered that my desire, or more specifically my attachment to wanting approval, had the potential to be one of my most selfish and destructive qualities.

Why Approval Addiction Makes Everyone Miserable

What this means is that simply wanting approval isn’t the problem. The real issue is being too attached to getting approval from others as the only way to feel fulfilled. To put it simply, addiction to approval puts your happiness under the control of others.

Because their happiness depends on others, approval addicts can be the most easily manipulated. I often see this with unhealthy or even abusive relationships. All an abuser has to do is threaten to make the approval addict feel rejected or like they’re being selfish, and they’ll stay under the abuser’s spell.

Approval addiction leads to a lack of boundaries and ultimately resentment. Many times I felt resentment toward others because they crossed my boundaries, and yet I would remain silent. I didn’t want to come across as rude for speaking up about how someone upset me.

The problem is this would lead to pent up resentment over time, because there’s a constant feeling that people should just “know better.” When I took an honest look at the situation, though, I had to consider whose fault it was if resentment built up because my boundaries were crossed.

Looking at my own life, I actually appreciate when someone I care about lets me know I’ve gone too far. It gives me a chance to make things right. If I don’t let others know how they’ve hurt me because of fear of rejection, aren’t I actually robbing them of the opportunity to seek my forgiveness and do better?

This leads me to my final point, approval addiction leads to being selfish. The deception is that the selfishness is often disguised and justified as selflessness.

As a writer, I’m exposed to critics. If I don’t overcome a desire for wanting approval from everyone, then their opinions can stop me from sharing something incredibly helpful with those who’d benefit from my work.

Approval addiction is a surefire way to rob the world of your gifts. How selfish is it to withhold what I have to offer to others all because I’m thinking too much about what some people may think of me?

As strange as it sounds, doing things for others can be selfish. On an airplane, they say to put the oxygen mask on yourself before putting it on a child. This is because if the adult passes out trying to help the child, both are in trouble.

In much the same way, approval addiction can lead a person to martyr themselves to the point that everyone involved suffers.

For instance, if a person spends so much time helping others that they neglect their own health, then in the long run, it may be everyone else who has to take care of them when they get sick, causing an unnecessary burden.

Selfless acts, done at the expense of one’s greater priorities, can be just as egotistical and destructive as selfish acts.

How to Overcome Approval Addiction

The first way to overcome approval addiction is to be gentle with yourself. Wanting to feel connected with others is normal. It’s only an issue when it’s imbalanced with other priorities like having boundaries.

What approval addicts are often missing is self-approval. We all have an inner critic that says things like, “You’re not good enough. You’re nothing compared to these people around you. If you give yourself approval, you’re being selfish.”

You can’t get rid of this voice. What you can do is choose whether or not to buy into it or something greater.

You also have a part of yourself that says, “You’re worthy. You’re good enough. You’re just as valuable as anyone else.” The question becomes: “Which voice do I choose to align to?”

This often means asking yourself questions like, “Can I give myself some approval right now? What is something I appreciate about myself?” The next step is to then be willing to actually allow yourself to receive that approval.

To break approval addiction, remember to treat yourself the way you want others to treat you.

In much the same way, you can overcome approval addiction by equally valuing other important things, such as your need for significance and control. While wanting to control things can be taken too far just like wanting approval, it is the Yang to approval-seeking’s Yin. Both are necessary for balance.

Questions that typically help me are: “Do I want other people’s opinions to have power over me? Would I rather let this person control me or maintain control over my own life?”

Finally, there is the ultimate key to overcoming approval addiction. It’s by using the greatest motivator— unconditional love.

Worrying about what other people think masquerades as love. In reality, when you really love someone, you’re willing to have their disapproval.

Imagine a parent with a child. If the parent is too concerned about the child’s opinion of them, they might not discipline their child for fear of the child disliking them. Have you ever seen a parent who lets their child get away with anything because they don’t want to be the “bad guy?” Is this truly loving?

To break approval addiction, I realized I had to ask one of the most challenging questions anyone could ask themselves: Am I willing to love this person enough to have them hate me?

If you really care for someone, telling them, “You’re screwing up your life” and having them feel the pain of that statement might be the most loving thing you can do.

This comes with the very real possibility they will reject you for pointing out the truth. However, if you love someone, wouldn’t you rather have them go through a little short-term pain in order to save them a lot of pain down the road?

On the upside, many people will eventually come to appreciate you more in the long term if you’re willing to be honest with them and prioritize your love for them over your desire for their approval.

If you have to share a harsh truth, a mentor, Andy Benjamin, taught me that you can make this easier by first asking, “Can I be a true friend?” to let them know what you’re about to say is coming from a place of love.

I’ve found that everything, including the desire for approval, can serve or enslave you depending on how you respond to it.

Do you use your desire for approval as a force to help you see things from other people’s perspective, or do you use it as a crutch on which you base your happiness?

Do you use your desire for approval as a reminder to give yourself approval, or do you use it as an excuse to be miserable when others don’t give you approval?

Finally, are you willing show the ultimate demonstration of genuine love—sacrificing your desire for approval in order to serve another?

Derek Doepker is the author of the #1 best-selling personal development book Why You’re Stuck and founder of the blog Excuse Proof Fitness. You can connect with him at facebook.com. 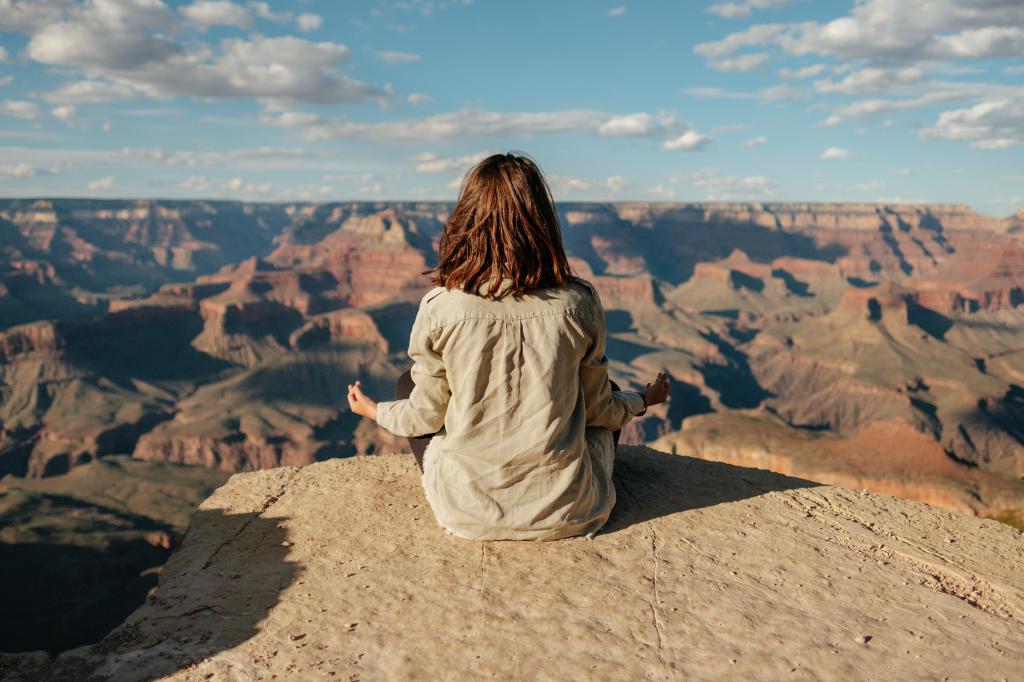 Accepting What is
Acceptance anchors us so that we might focus on the present rather than endlessly drift in a sea of wishing, dreaming, and pining for anything oth
view

Accepting What is
Acceptance anchors us so that we might focus on the present rather than endlessly drift in a sea of wishing, dreaming, and pining for anything oth
view 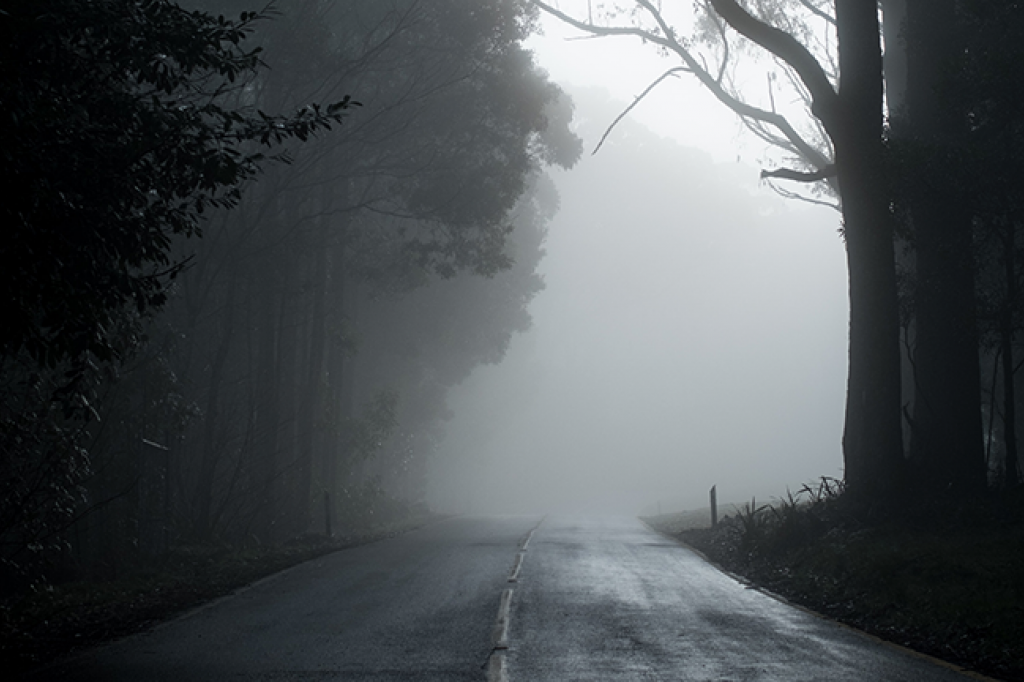 Fear Is an Invitation
It’s common to frame fear as a signal that there’s something scary to avoid, but consider what long-term effect this framing will have.
view